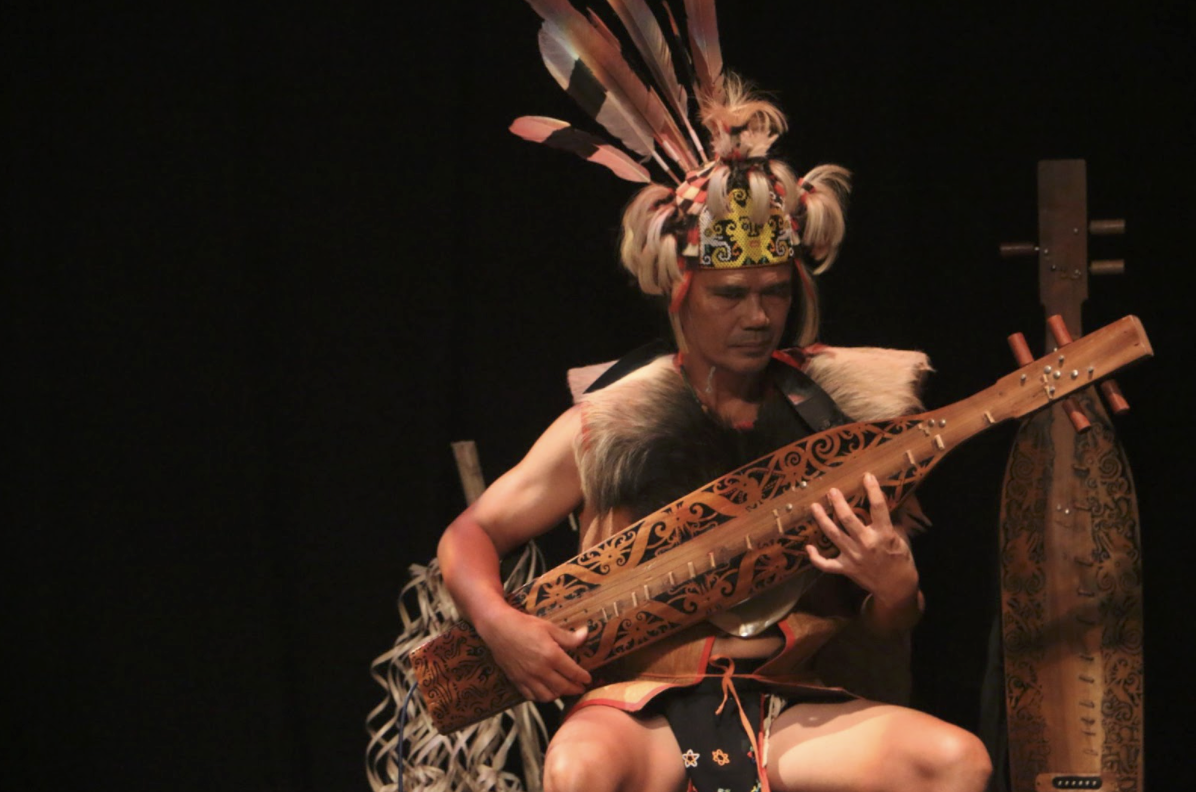 Borneo Laboratory collaborated with Tuyang Initiatives, a community-led arts management group, to interview a Borneo highlander, Kayan, about their naming culture, migration, and purposeful sound practice (a practice called ‘sape’ is shown in the photo above)

Wendy Teo is the founder of the Borneo Laboratory. An individual of Malaysian Chinese descent, she moved to Taiwan for university and came to see it as her second home. She returned to Malaysia four years ago and established the Borneo Laboratory after becoming a ARB/RIBA (UK) Chartered Architect. In Teo’s research and pedagogical direction, she and her team focus on embedding social and cultural dialogue in architectural innovation.

This project investigates three themes in indigenous contexts: sound practice, pilgrimage, and the ritual of handing down knowledge by interviewing scholars, and arts and cultural practitioners around the world. Research teams in Taiwan and Borneo have produced a series of podcasts, articles, and a new website to share their most up-to-date findings.

Wendy explained she was grateful to receive an ACC grant as cultural anthropology is often overlooked in grant applications. She believes the discussion, processes, methodologies and tools adopted during this project focused on exploring humanity's most intrinsic qualities will inspire further research and inquiry. 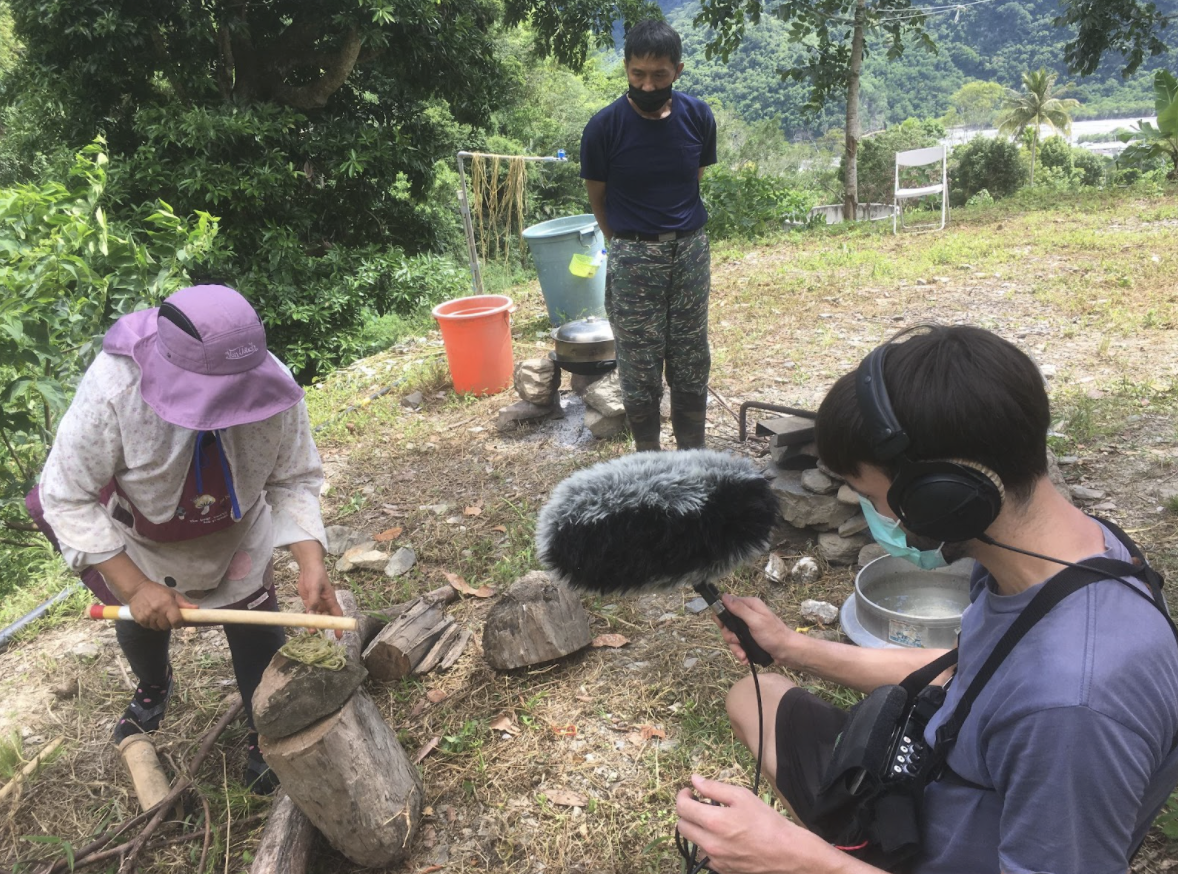 Sound artist and technician Nigel Brown visited a Paiwan community, Lalauran, in Taitung, Taiwan. He was recording the sounds of processing fiber for weaving

ACC has supported TMoFA’s upcoming 2022 Online Symposium–“Past/Present: Collecting, Exhibiting and Conserving Contemporary Art in Asia” –which will take place from Jan 5th-8th, 2022. Focusing on modern, contemporary, and local art, TMoFA aims to cultivate a broader awareness of cultural preservation for both practicing professionals and the public.

This symposium highlights the urgent need in East Asia and Southeast Asia to develop more resources to address the conservation of contemporary art materials across diverse linguistic, cultural and political landscapes. Until now, resources related to the preservation of contemporary heritage have primarily been centered in Europe and the United States. One of the primary goals of the symposium is to initiate the formation of a contemporary art preservation network, especially that of time-based media, centered in Asia.

In this symposium, TMoFA will present case studies from contemporary art centers, artist archives and estates, advocacy groups, university gallery spaces and independent art studios. This symposium will ideally become a platform for experts to explore the challenges and opportunities in tackling the ephemeral nature of contemporary works; address setbacks from technological obsolescence; and discuss material degradation issues within the context of conserving contemporary cultural heritage.

TMoFA consists of one main museum and three subsidiary art centers. The Hengshan Calligraphy Art Center was the first official venues. As one the three subsidiary art centers of TMoFA, the mission of the Hengshan Calligraphy Art Center is to preserve, study, develop, promote calligraphic art in Taiwan, and to facilitate international exchange to become a leading platform of calligraphy in Asia and the world. 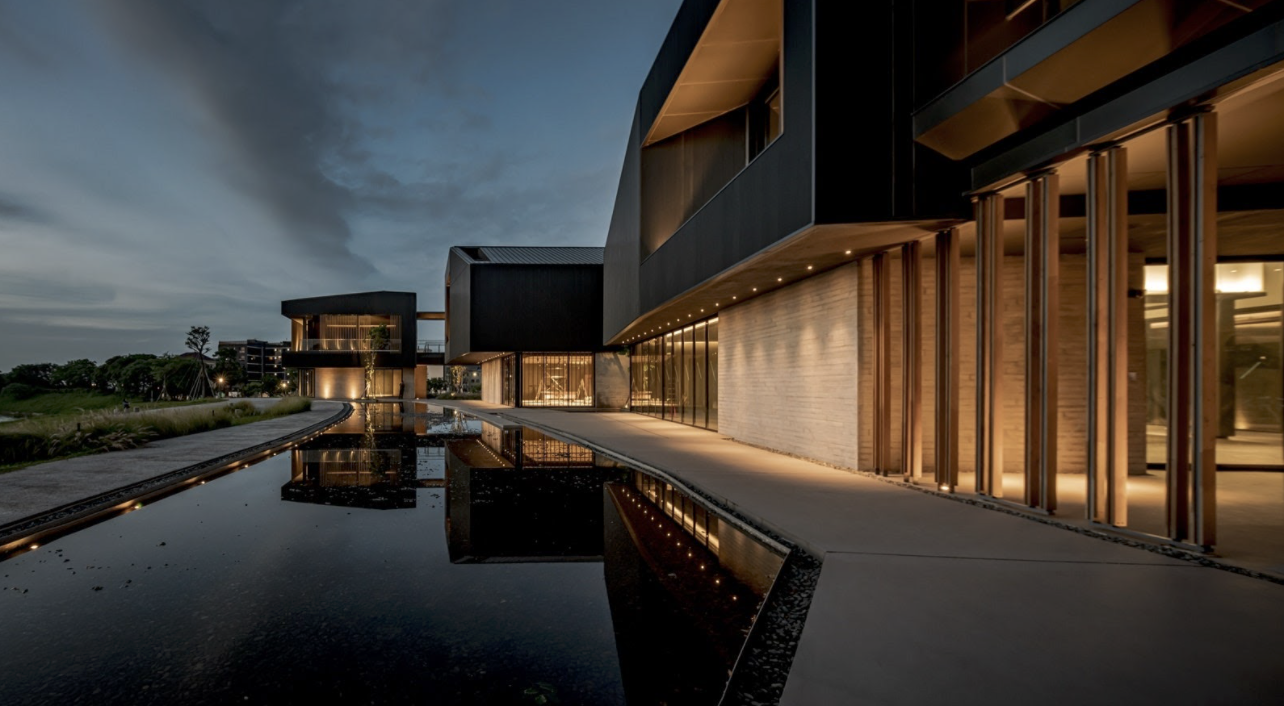 The design of the Hengshan Calligraphy Art Center is based on the imagery of the park as an inkstone and the pond as an inkwell. The exterior of the building is in the form of seals, consisting of five square boxes from left to right. 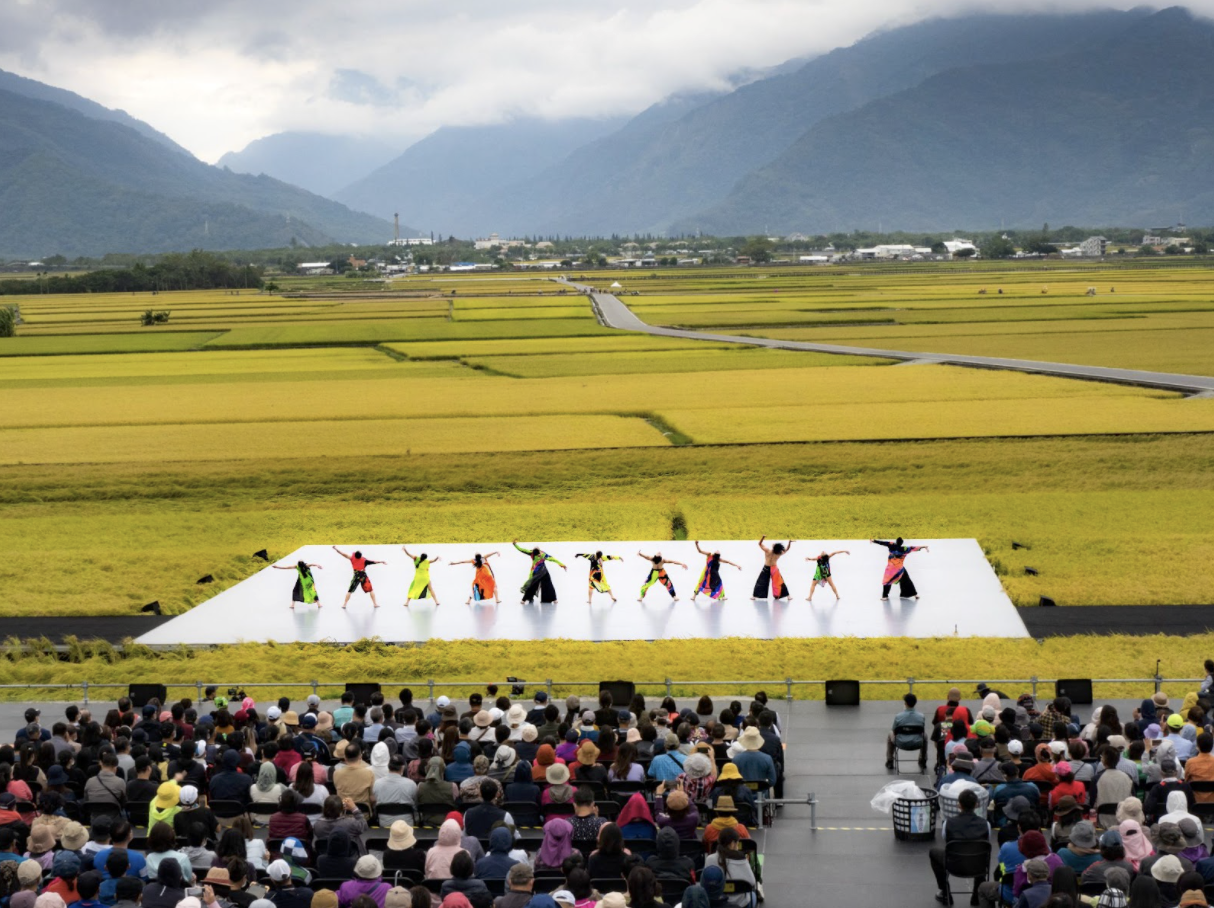 Artistic Director of Cloud Gate, Cheng Tsung-Lung (ACC 2011), explained the choreography of his recent piece was inspired by his mother’s stories about a street artist,“Thirteen Tongues,” in the 1960s. This legendary storyteller was said to be able to portray multiple roles of people in different stages and walks in life. Cheng transforms his childhood memory of “Thirteen Tongues” and the bustling street life of an old district of Taipei into a visually mesmerizing and otherworldly performance which transformed folk art, religious rites and Taoist chanting into contemporary expression, and received rave reviews from France, Germany, and China.

Cheng is listed as one of the "50 Contemporary Choreographers" by publisher Routledge, along with William Forsythe, Akram Khan, and others.

The World Premiere of "Send In A Cloud" 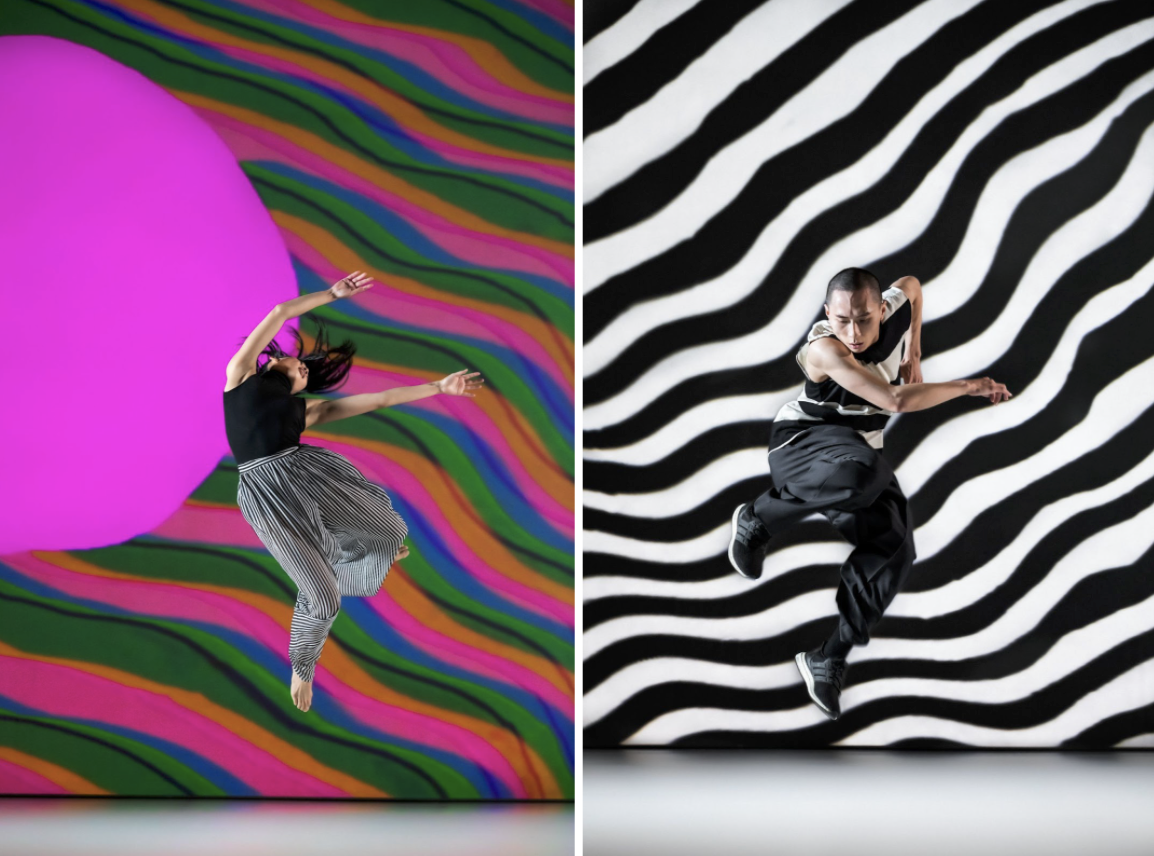 To express emotions of loneliness, joy, hesitation, and fear, the dancers of "Send in A Cloud"–whether in movement or stillness–appear against shifting rays of colors in coherence with human emotion and the creative process of a human experience.

In this latest work, "Send In A Cloud", Cheng chose Yasuaki Shimizu’s rendition of Bach’s Cello Suites, and invited a Grammy-winning artist Marcelo Anez as the sound director, along with a mighty team of Taiwanese artists to create one of the most anticipated performances of the year. 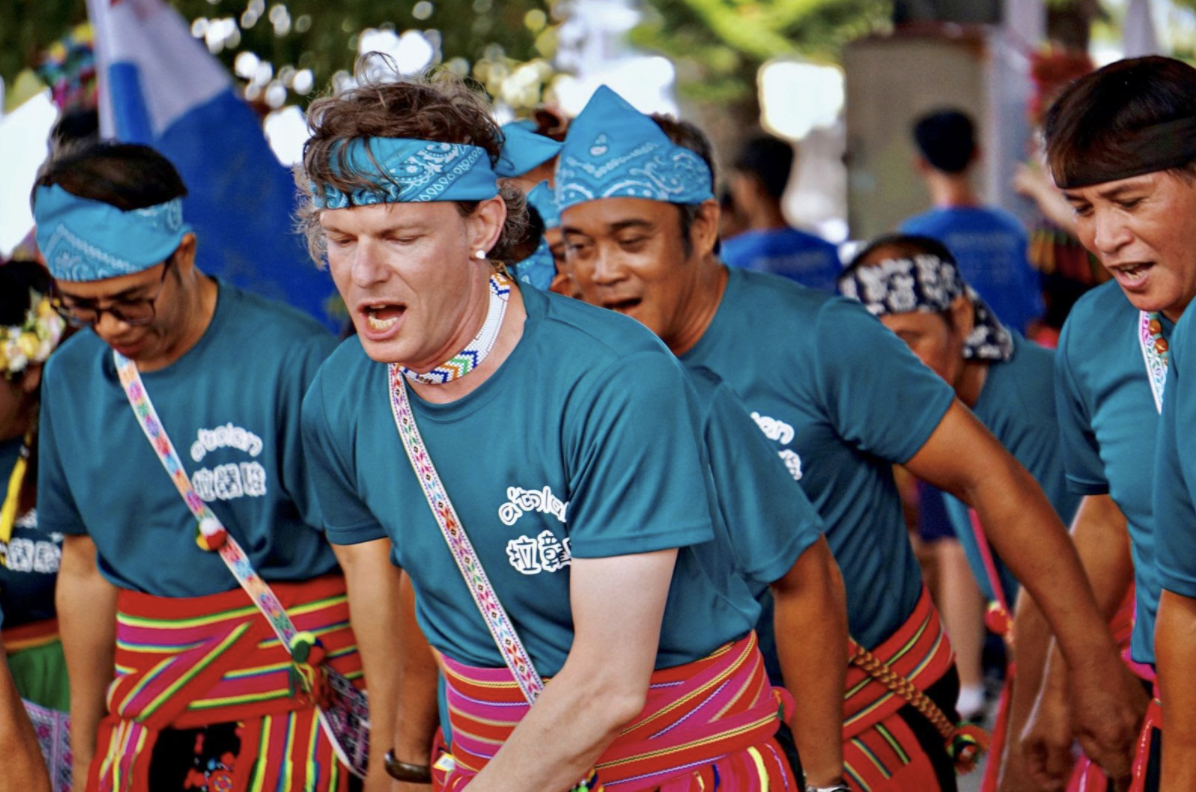 As an American fluent in the language of the Amis tribe, the largest indigenous ethnic group in Taiwan, Donald J. Hatfield (better known as DJ) is a legendary linguist in Taiwan, speaking multiple aboriginal languages and dialects, alongside Taiwanese and Mandarin.

Before joining GIM’s faculty at National Taiwan University in 2021, DJ taught at the Berklee College of Music. His research focus includes soundscapes, Indigenous media, and the ethics of locality. Hatfield’s work has become increasingly focused on Indigenous songwriters and contemporary artists, with whom he works as a translator, interlocutor, and collaborator. Hatfield is the author of the book length monograph Taiwanese Pilgrimage to China (2010).