It Only Gets Better At the Peak of His Acting Career: Yi-Wen CHEN (ACC 1999) Self-discovery in solitude is never easy, but I would never know how far I could go without it.

As the first Taiwanese grantee to receive an ACC Fellowship under the category of film in 1999, Yi-Wen CHEN (b. 1966) is now at the pinnacle of his acting career, as well as one of the most sought-after and respected Taiwanese directors.

Over the past two years, he has won the Best Actor Award for his incredibly vulnerable and raw performance as a struggling father in two different films, The Sun and Growing Pains. which won the Golden Horse Award--dubbed the Chinese-language Oscar--in 2019, and the 40th Hawaii International Film Festival (HIFF) in 2020, respectively. Winning the HIFF Award brought Yi-Wen international attention since HIFF serves as a gateway for films from Asia to enter the American market and a festival that bridges Eastern and Western culture.

“Being an actor is a very personal journey,” Yi-Wen explained, “I knew my life would never be the same when I decided [to pursue acting] in my early 20s.” From the very beginning, his training in the dramatics of storytelling and interest in Grotowski’s “poor theater” established his strength in developing each character's deepest truth of deeds and thoughts, rather than focusing on the visual effects. “My goal is that people see great acting in and of the role itself, through every believable detail that I create about the character...just like Anthony Hopkins and Mads Mikkelsen, my role models, who make the roles instantly their own.”

Scenes from A Sun, which Yi-Wen won the Best Actor Award of Golden Horse Award--dubbed the Chinese-language Oscar--in 2019

Throughout his twenty-plus-year career in screenwriting, directing, and acting, Yi-Wen still vividly and gratefully remembers his very first encounter with ACC back in the late '90s. He was introduced to ACC by another grantee, SHEU Fang-Yi, who is now a member of ACC’s Artistic Advisory Council. Even today, he credits ACC for its long lasting impact on many facets of his career.

Before his grant trip, Yi-Wen planned to enroll at New York Film Academy, but ACC suggested otherwise. ACC arranged multiple indoor and outdoor movie set visits, passes for watching Hitchcock’s 16mm films at MoMA, and many more hands-on film-related experiences, which were extremely helpful to him as a director who had early success with his first three films.  Yi-Wen recalled another highlight of his grant trip was his residence in Jackson Heights, surrounded by Little India and Little Colombia that allowed him to experience the cultural inclusion and diversity of Queens, while being only a few stops away from the splendid scenes of New York City. He also established lifelong friendship with another fellow, theater director Reng Ming (ACC 1999) who visited him from Beijing a few years ago during his production in Taiwan. 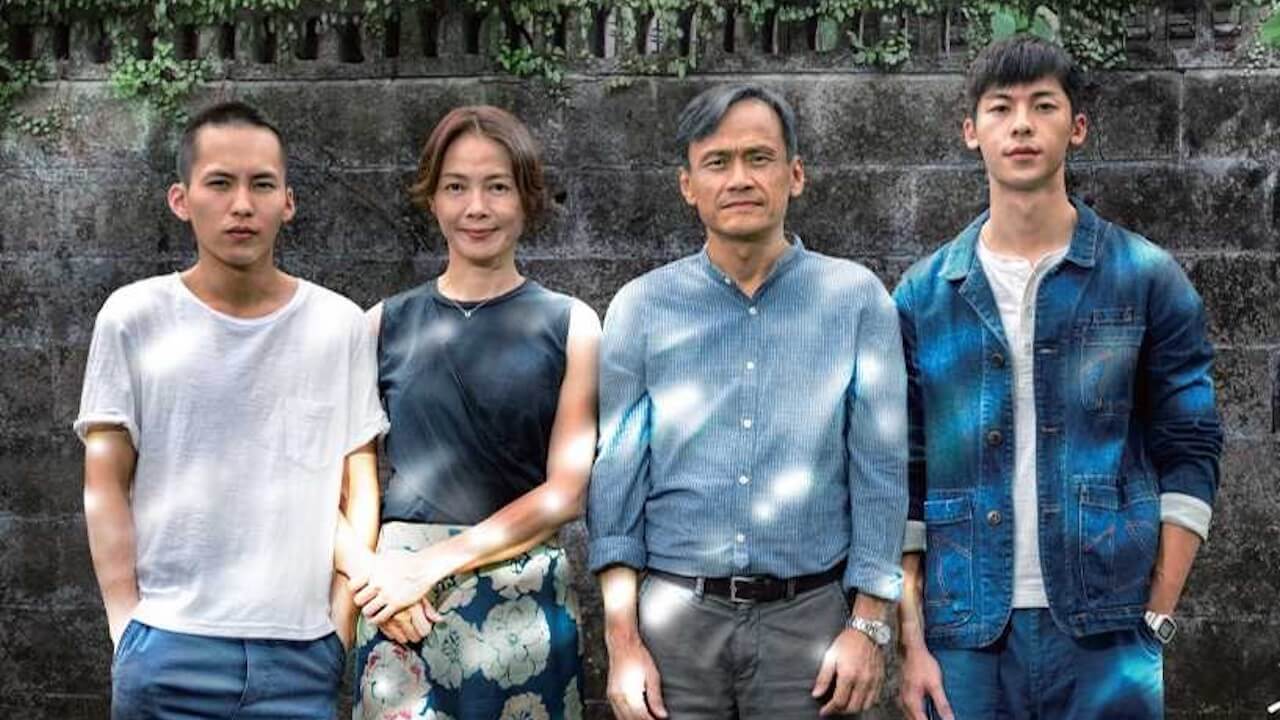 Scenes from A Sun

Through ACC, Yi-Wen witnessed and experienced different aspects of cultural dynamics, including being an outsider from New York’s culture himself. Observant by nature, Yi-Wen has found his experience as an ACC fellow has helped shape his approach in understanding each characters’ unique inner self; thus, effectively bringing everyday characters to life while maintaining his strong and unique vision as an actor and a director. Executive Director Judy Kim (ACC 1998) brings to ACC over 25 years of dedication to arts and cultural institutions and a first-hand knowledge of the profound impact of cultural exchange. With Judy’s exemplary leadership and your ongoing support, we  look forward to the next phase of ACC as we head into our 60th anniversary and beyond.

Heartfelt congratulations to ACC couple YEH, Ming-Hwa (ACC 2016) and CHEN Wu-Kang (ACC 2013) for winning the Grand Prize Award and Performing Arts Award of the 19th Taishin Arts Award, respectively, which is one of the most prestigious art awards in Taiwan.

Ming-Hwa is the first female artist to win the Grand Prize Award, and it is also the first time that a couple wins the Taishin Arts Award together 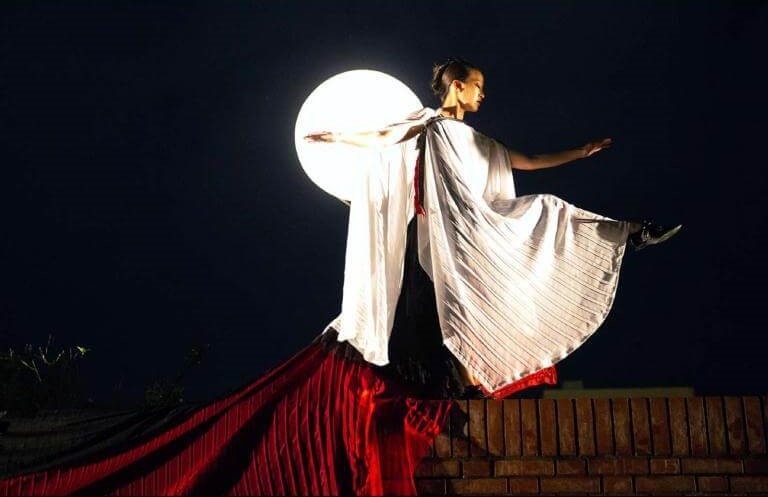 In the performance, The House Behind the Wall—Above/Strolling/Living, YEH Ming-Hwa perfectly bridges the historical significance of Wang Da Hong House Theatre with a cross-disciplinary performance that explores the body, architecture, visual art, peking opera, contemporary dance, and life 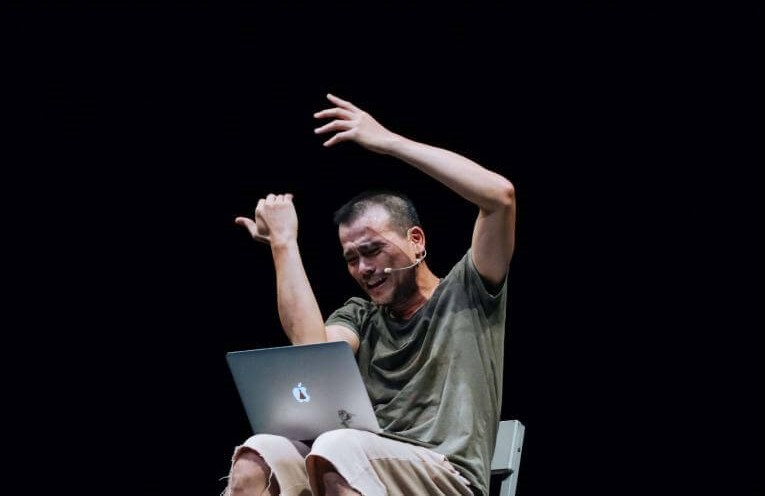 Dances for Wu-Kang Chen is a successful collaboration of Jérôme BEL’s creative concept with CHEN Wu-Kang’s brilliant directing and performance. Together, they question the core concept of what a dance performance is, and further explore by the means of “not dancing”.

Due to COVID lockdown, Taiwan’s donor groups, Group 33, hosted an online celebration for Ming-Hwa and Wu-Kang to celebrate this one-of-a-kind milestone for both of the artists. TSAI, Paochang Brings the world to you through his podcast "Paonorama" As a leader in theater of his generation, TSAI Paochang (ACC 2011/2018/2021) is a theatrical genius with the most soothing and charming voice. After stepped away from the spotlight in recent years, he has decided to take things at his own pace.

When COVID put the world on hold 2020, he launched his own podcast, “Paonorama”, hoping to bring the world to his listeners by sharing his past traveling experience in 50 countries, his expertise in performing art, and life lessons for the soul. He was also a guest speaker at the National Taichung Theater’s podcast “WOW Art”, Season 2, episode 19-24.